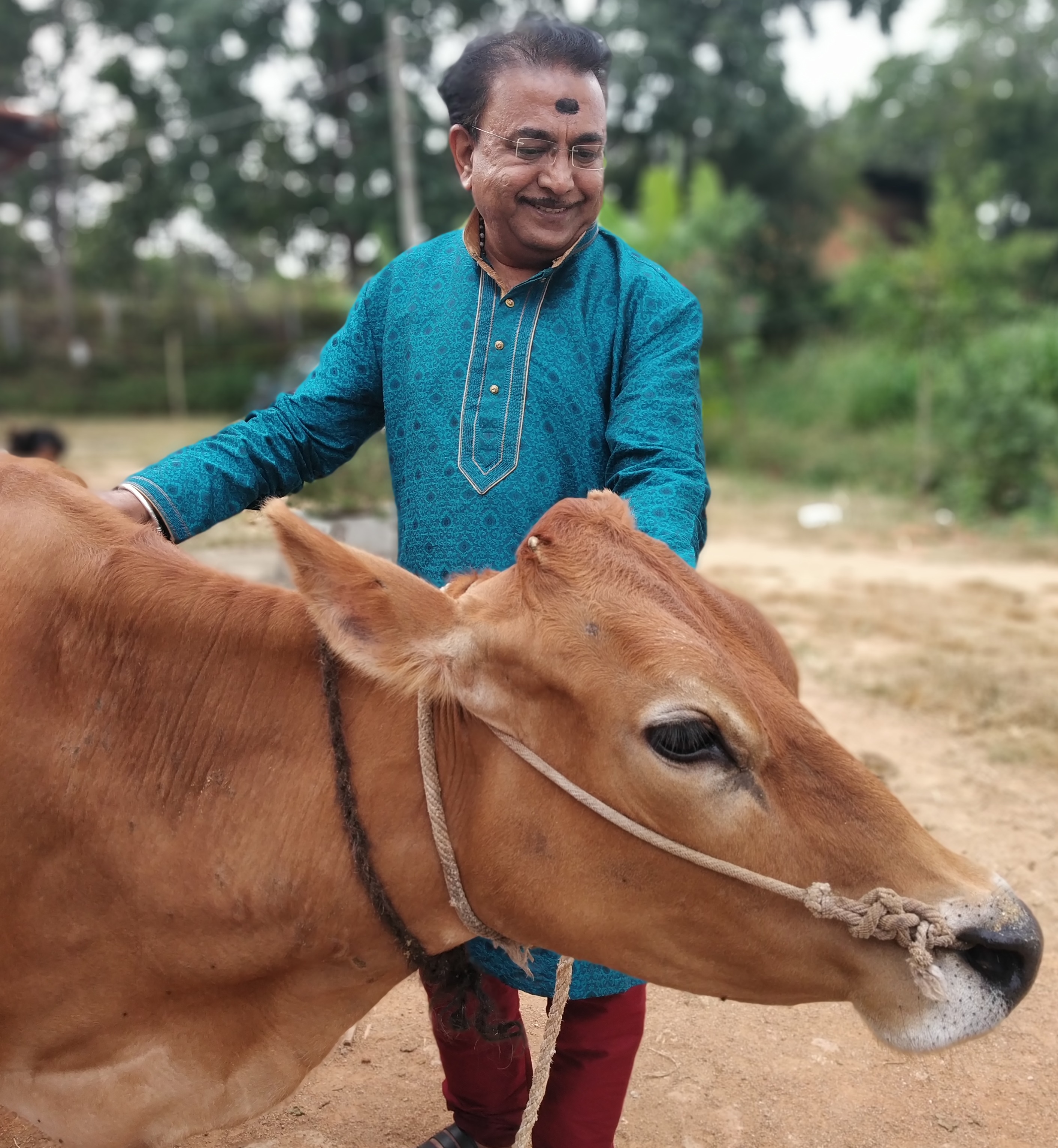 Founder and Chairman of SSBK

Dr. Sri Lakshmi Srinivas Guruji (Sri Guruji) was born & brought up in Mandya City of Karnataka State in India. Sri Guruji holds a Bachelors of Engineering in Computer Science from Mysore University and Master of Science from BITS – Pilani.

Sri Guruji was also a visiting faculty in Bangalore University and Engineering colleges like Ghousia College of Engineering & Bangalore Institute of Technology.

Sri Guruji is also well versed with traditional dance forms like Bharatanyam that he learnt from K S Mani (Mandya), T Somashekar (Mysore), Dr Venkatalakshmama (King's Court Dancer - Asthana Nartaki Mysore), Sheela Shreedhar from Adiyar Kalashetra, (Mysore)and Kathak which he learnt from Nagaraj Mysore. He has not only trained many students but has also given many performances across India and abroad.

He is a Spiritual Guru who started following Datta Sampradaya at the age of 13 under the spiritual guidance of Sri Bhagirathi Maharaj, Sri Niranjananda Saraswati and Sri Chetanananda Saraswati. Guruji Sri has also learnt yoga from Malladi Halli Sri Raghavendra Swamiji (Tiruka) and Kaya Kalpa Kriya an ancient knowledge of increasing longevity of life from Narayana Das Guruji who is disciple of Tapasvi Maharaj .

Guruji Sri got inclined towards spiritual studies after receiving Shakti Pada Deekshe given to him from perfect Masters and Avaduthas. Guruji Sri met naga sadhus, aghories and interacted with many masters during his spiritual journey in the Himalayas and other holy places.

During his initial days, Sri Guruji got involved in social service at Bharath Vikas Parishat and other Social and Spiritual organizations.

For the last 20 years Sri Guruji has been doing extensive research in the areas of Mudra, Mantra, Tantra, Yantra, Astrology, scientific analysis of Vishnu Sahasranama & Karma Siddhanta and many other related areas and has presented many discourses. He has earned the titles “Mudra Ratna”, “Mudra Brahma” & “Mudra Shoromani” for his extensive research done to cure ailments by Mudras and the titles “Jyotishya Ratna” & “Jyotishya Bhushana” for his mastery over Astrology by getting the first rank in these exams that is conducted in the all India level. Sri Guruji is also an expert in Vaastu Shastra.

Sri Guruji has been honoured with Doctorate in Alternate Medicine(Mudra, Mantra, Yantra & Tantra) from International Global Peace University America in the year 2019.

Sri Guruji has shared his research knowledge for the benefit of society through 2500+ episodes that have been televised on Zee Kannada, Public TV, Kasturi TV, Janasri TV, VIP Channel, Sarala Jeevana & Janatha TV. Sri Guruji has also shared his knowledge through debates on many TV channels, articles in newspapers and presentations at conferences, national & international seminars. Sri Guruji has also given many discourses & conducted many Guru Spandana programs in different districts & states which is a live interaction where Sri Guruji gives solutions to people for their problems in an open public gathering place.

Sri Guruji has also authored many spiritual books and written over 500 spiritual songs and bhajans which spread a meaningful message about peace, values of life, karma siddhanta, vedas, devotion & salvation.

Sri Guruji is also an exponent of Datta Kriya, Narayana Kriya, Hanuma Kriya and Narasimha Kriya and has taught these kriyas to numerous people.

Sri Guruji is a founder & Chairman of Shri Shridi Sai Biksha Kendra(SSBK), SSBK is a non-profit, spiritual and social service center. SSBK was established by Dr. Sri Lakshmi Srinivas Guruji due to the Grace of Sri Shirdi Sai Baba on 30th March 2004 on the occasion of Sri Rama Navami at Bangalore. SSBK has its presence in all major locations with 26 branches as on Jan 2020 across Karnataka. SSBK has been promoting and educating people of the benefits of Go Seva, Guru Seva & Samaja Seva.

The main intention of the organization is to spread Hindu Sanathana Culture (Dharma), educating the society through proper samskara (culture) thereby preventing corruption, drug addiction and ongoing crimes in the society. Creating awareness about the true Indian culture which portrays respect to elders, respect to the society, respect to all religions & dharma and respect to all human beings and animals. SSBK follows Natha Sampradaya (Dattathreya Sampradaya) ever since its inception.

Mission Statement of SSBK: Peace for Life – Price for Life